Trustees have control over, and legal responsibility for, a charity's management and administration. They are, in many ways, similar to Directors of a company or Governors of a school.

The main legal duties of a trustee are:

To be eligible as a trustee you must be at least 16 years of age and not otherwise disqualified under the Charities Act.

The Charity Commission provide further detail on the responsibilities of trustees and the circumstances which might lead to disqualification in their Essential Trustee document.

The UKPA constitution allows for up to six elected Trustees. At each AGM, one third of those must retire (longest serving first or by lot if tied) and any vacant positions must be must be open for election.

There are currently four of those postions filled (Tania Allard, Owen Campbell, Kristian Glass and Cecilia Liao), and thus two vacancies. Owen Campbell is the longest serving trustee and therefore obliged to resign, giving a total of three vacant positions available for election.

If you would like to put your name forward for election, please write to the trustees (trustees@uk.python.org) before 30th August 2019 and include a short description of yourself for inclusion below.

The current candidates for election are:

I'm a founding trustee of the UKPA, was instrumental in its incorporation and have served as a trustee since that point. I'm keen to see the organisation succeed, to make the most of the opportunities available to a registered charity, to broaden its scope beyond the annual conference, to be utterly transparent and accountable to its members and to be a driving force of the UK Python community.

I'm also the Programme Director for the 2019 conference and have been part of the organisers' team since 2016.

I’m a long standing member of the UK python community. I have been part of the organising committee of PyCon UK since its move to Cardiff (in 2016). I am a maintainer of a few open source projects, have a growing experience of community coordination and also an educator so would be keen to contribute to the UKPA with regards to any educational objectives as well as the broader goals of the association. 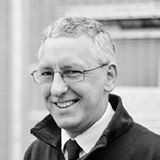 I have been attending PyCon UK since it moved to Cardiff in 2016. As a non-coder I originally attended to support my son. I have felt very welcomed and accepted by the community. Working full time as a Prison Chaplain I am trying to get programming education into prison. As a trustee I would bring an outside perspective that would hopefully enhance the objectives of the charity.